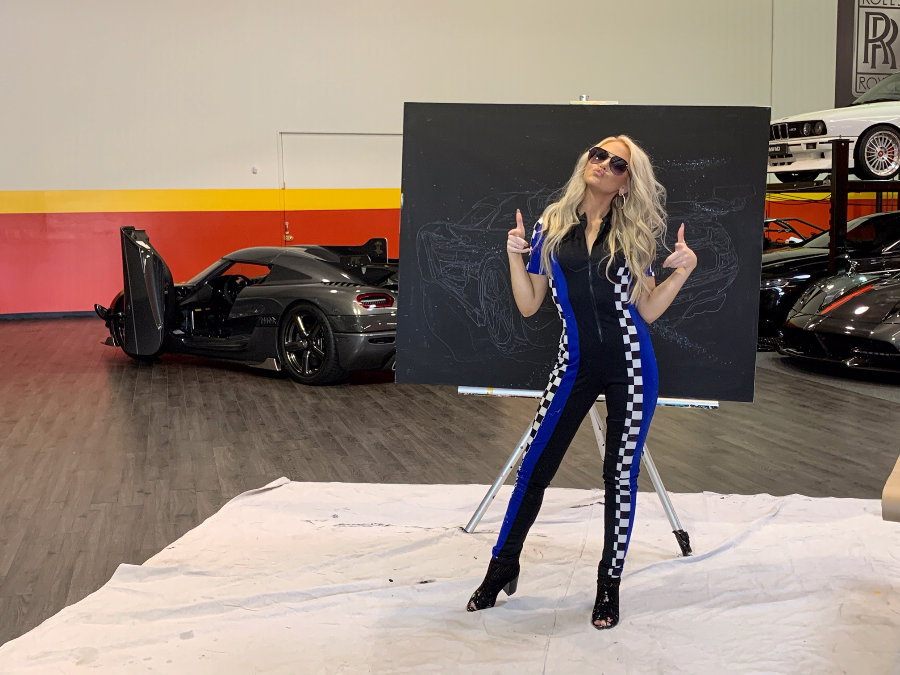 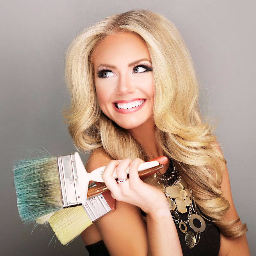 You can enable it by clicking on settings.

Chat is disabled for this episode.

0 items in your cart

Your cart is empty

There are no products in your shopping cart.

No shipping address selected. Pick one to continue checkout.

No shipping method selected. Pick one to continue checkout.

No billing address selected. Pick one to continue checkout.

Your Order is confirmed

Jessica Kristianna Haas is the first female speed painter in America and the fastest speed painter in the entertainment industry. Since her recent win of ABC's Gong show, Jessica currently holds the following records of performing the fastest painting on national television, the first female performance painter to paint on national television, and the first + fastest award winning female speedpainter to win on a national television network. New York Magazine has named her "The Mother of the Speedpainting Movement." Jessica has made history as the first female speedpainter in America and has now made her mark on national networks and national organizations. She performs and speaks all across the country passionately encouraging everyone to use their creative gifts, embrace their bold, and to make their mark on the world. After discovering speed art at the age of 15 through her determination to be authentic to her true artistic talent in a pageant talent competition, Jessica has been a speed artist over half her life. In 2013, Jessica's performance painting career took off when she became the first Speed painter in the history of Miss Tennessee to ever win talent by painting the face of Jesus Christ in only 90 seconds upside down. Right now, Jessica is the first award winning speed- painter in the history of the Miss America Organization, as well as the first and only talent winning contestant to ever paint the face of Jesus. New York magazine said, "Jessica Haas may only be 26 years old, but she's effectively the mother of the pageant speed-painting movement." Jessica's talent caught the attention of an A&E reality national television show and she was invited to speed paint on the show. Jessica's national painting feature on A&E made her the first female speed painter to ever be nationally featured on national television. Today, Jessica shares her talents nationwide on both national and local television programs, performing and speaking for schools, churches, conferences, corporations, organizations, and events. She possesses a zealous heartbeat for art as well as for her faith. She is passionate about expanding, emboldening and empowering the female portion of the Body of Christ to fiercely discover the unique purpose that God has created in each woman for His glory through creating, speaking, writing, teaching, and performing art. As an overcomer of poverty, she has a deep passion for helping at-risk youth. Jessica is the founder of Unbound Ministries, an empowerment ministry that seeks to free at-risk girls from poverty through the power of art, which was awarded national recognition from the Miss America Organizatin in 2014 for being chosen the best community service project in the state of Tennessee. Her desire is that this ministry continues to grow to provide resources, creates awareness, and restores hope to the under privileged youth in our nation. As a recent graduate of Memphis College of Art and a current seminary student at Union University, Jessica is a multidisciplinary artist and is already the Owner/Lead Designer of creative arts business, The Birds Nest Co., based in Memphis, TN. She enjoys creating both performance art and fine art. Jessica loves to write, paint, and mentor girls. She is a published contributing author for the teen girls devotional, "He Is" from Sacred Holidays. Jessica is a clothing model and spokesperson for various justice organizations as well as a writer for Authentic Womanhood. Her greatest passsion is to leave a full legacy of authenticity that encourages young women to be bold about who God created them to be, even if it means being different.

You don't have any shipping address saved to your account. Start by creating one.

You don't have any billing address saved to your account. Start by creating one.

There are no shipping methods available for this order.

No Payment methods are available. Please configure your account

You don't have any credit cards saved to your account. Start by adding one.

Pay with this
Add a Credit Card
It appears some products in your cart are from a different episode, do you want to continue adding "" to your cart?

Note: This action will clear all current products in your cart.
Cancel Confirm

Congrats, you successfully registered. We've sent you an email with the instructions to activate your account.

Explore and Shop as a Guest